How Publishers Win on Facebook in Q4: Data-driven Insights

It’s no secret that the world of content is changing rapidly. Today, no one uses a homepage to find their news – stories find readers in feeds and apps. And for those of us in the business of storytelling, that means paid distribution is key.

But utilizing those feeds and apps can be a challenge, particularly in times of fierce competition like Q4. Every year, the last few months of the year present the most crowded content distribution landscape, and with it, the highest prices.

Getting your content noticed during this time can be difficult, especially given a limited budget. To help your efforts this year, we put together a lookbook of top-performing Facebook posts from Q4 of last year. It includes popular holiday season subjects and examples of top-performing posts, as well as strategies that you can apply to your own posts, based on analysis of over 1 million posts from over 400 publishers, including The New York Times, Well + Good, Slate, and CNN.

You can download the full lookbook below, and here are four key tips to get you started:

This may sound trivial, but planning is one of the most important strategies for Q4. Because prices can fluctuate so much throughout the quarter (and not just in the usual ways), you should have a good idea when you’re going to spend. Unless you’re making great returns on ad revenue or purchases, you’ll likely want to scale back on the most expensive days of the year (Black Friday, Cyber Monday, etc.) and save that budget for other days. 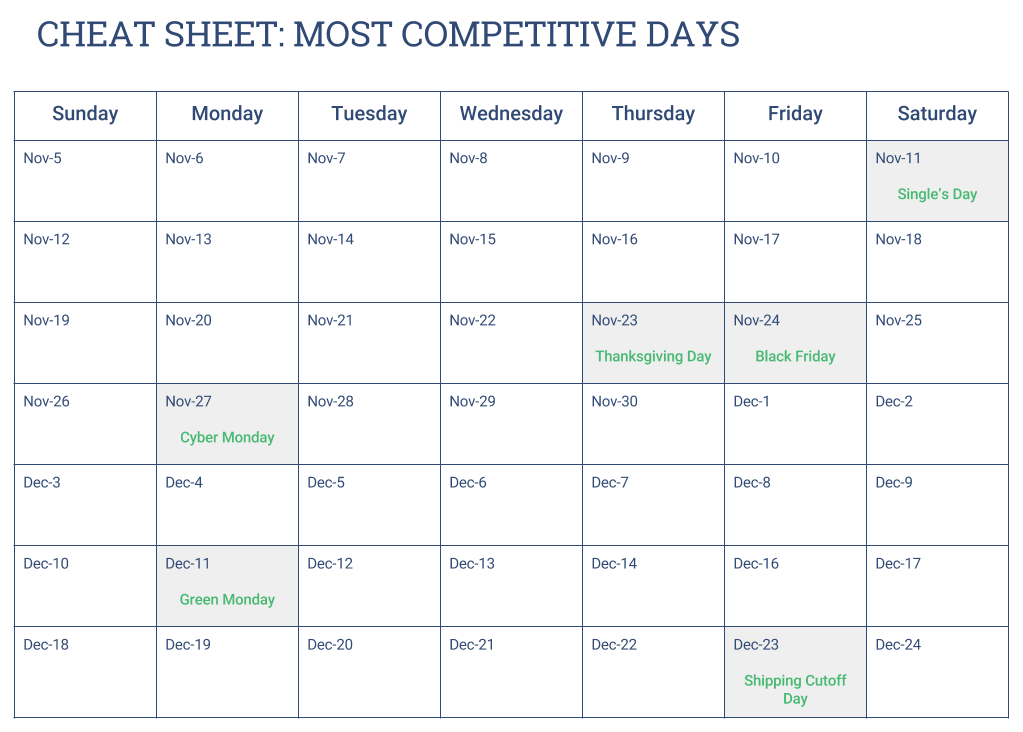 It’s also a good idea to test your evergreen content before the price surge, and create a content calendar with only the best-performing pieces.

2. Stand out from the crowd

One of the major challenges of the holiday season is that everyone is writing about the same topics. News Feeds are filled to the brim with stuffing recipes, gift guides, and travel advice. With those competitive topics, it’s important to stand out from the crowd by sharing something with your unique brand spin, like this crafting focused gift guide. 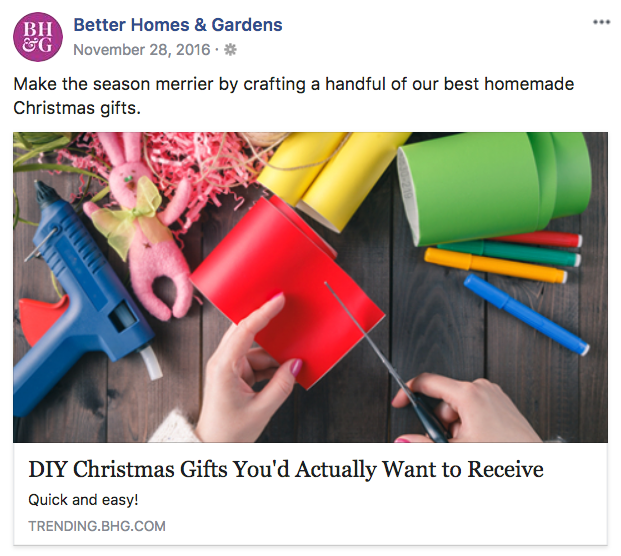 When it makes sense, try posting stories before the rush. The further into the holiday season, the more cookie recipes everyone will have already seen. This example, posted in mid-October, adds a reason to post early: “Freeze-Ahead” cookies means it’s never too early to start preparing for Christmas. 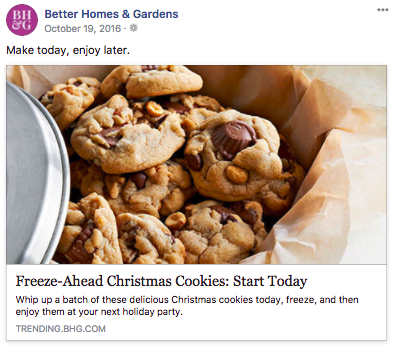 Because many publications are writing about the same things, they also want to target the same people, making classic audiences like “Cooking,” “Travel,” and “Holiday Gifts” expensive.

Our tip? Target other related interests that are more niche and less competitive. Sometimes, you’ll need to combine a few smaller niche audiences to achieve the same scale. (Need help with that? Just reach out.)

And don’t be afraid to try something a bit different. For example, for this “How to Soften Cold Butter Quickly Without Melting It” story, Keywee’s Audience builder suggests targeting some expected audiences, like Butter, Kitchen, and Baking, but also suggests other audiences that will be less competitive like Paula Deen, Cream, French Cuisine, and Microwave. 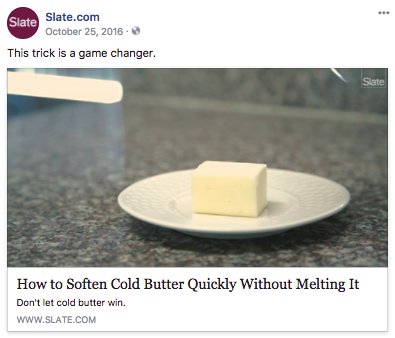 As always, use post best practices to boost engagement. The lookbook is chock-full of examples of top performing post texts, headlines, and images. For example, using the phrase “Here are X things” in the post text boosts click-through rate by 19% on average. 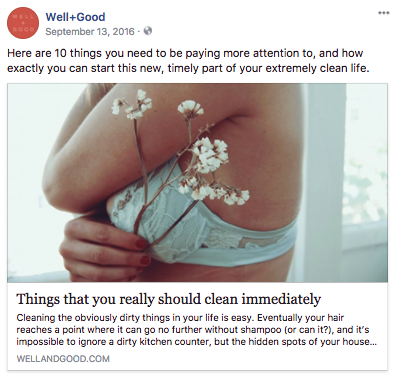 To read the full lookbook, fill out the form below: