When it comes to achieving peak campaign performance, there are a lot of levers you can pull, from adjusting CPC bids to targeting behavior. One of the most common levers that marketers reach for is creative optimization — adding variations of images and text to see what works best. The problem is that it’s incredibly challenging to figure out how to do it properly, and it’s often time-consuming.

Keywee has tackled the problem in a myriad of ways over the years, and we’re still hard at work on it (be on the lookout for a new product launch in the near future!). But there are some basics that we consistently test and put into practice to make sure we’re making the most of our customers’ campaigns.

That’s what I’m going to cover this week, so let’s dive in.

For the purpose of this post, I want to look at a couple of specific factors that go into creative optimization.

Ain’t Nothing But a Number

If you’ve done any paid acquisition, you’ve most likely faced the age-old dilemma of how many creatives you should add to an ad set. This is something we’re constantly testing to make sure we’re truly maximizing campaign potential.

In general, we can test a multitude of data points from CTR, to CPM, to CPA, and so on. But when accounting for the wide range of business goals that campaigns can have, what you want to really look at is the reach an ad has — in other words, how many people actually saw it.

For our latest test, we used the same exact creative — post text, headline, and image — in every ad set, and kept the targeting and bids identical. The only difference between the ad sets was the number of creatives in the campaign. We tested 1, 3, and 5 to see which had the widest reach: 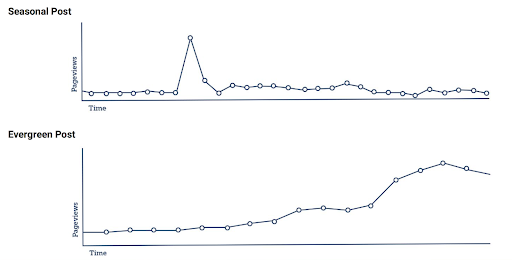 As you can see, the winner is clearly 5 with almost 50,000 more impressions than the ad set with a single variation.

Of course, there is a limit to this. Adding more and more creatives leads to diminishing returns and the best practice is to keep variations at 6 and under when adding a new ad set.

So if you only have 6 variations to work with, how do you make it worthwhile?

Creating multiple ad variations just to get those numbers up is not really going to be worth it in the long run. If you’re going to use multiple variations, the best option is A/B testing creatives to see what resonates most with your audience.
When setting up multiple creatives in your ad set, it’s important that they are different enough that you can really learn something meaningful from them. In other words, you don’t want to test with a razor blade, you want to test with a bazooka.

Let’s illustrate an example of this with post text examples we could use for an article ranking the best beauty products:

As you can see, these post texts are very different in terms of their approach to the content, yet they both express the value of the content presented. Let’s say variation 2 wins. That can be a signal for you to try an empathetic approach next time you’re writing post texts, or maybe test out more emojis.

Of course, this doesn’t only apply to post text. The same approach should be taken with images as well. Don’t just pick two pictures of a woman smiling in close up. Use one picture with a smiling woman, and another showing only the product. Try one image where red is a dominant color and another that’s black and white.
The more drastic the difference, the more you can learn from each individual A/B test, and the more you understand what your audience connects to most.
Your best bet? Choose two images and two post text and mix and match them. That gives you 4 creatives total in your ad set, which is a good number in order to maximize reach and narrow enough of a test for the results to be meaningful.

When I can, I like to share what we’re seeing that’s trending currently and driving scale. Here’s what’s been getting engagement over the last month:

Overall, though COVID-19 is still a part of our everyday lives, engagement around the topic is going down significantly, and publishers are promoting less of that type of content overall. Though politics is dominant (not surprising given that there are less than 100 days until the US elections), escapism is peaking as people are looking for respite among the continued bad news.

All in all, if you can spare some positivity, now’s the time to promote it. Your audience will thank you.