Recently, we’ve been getting a lot of questions about Facebook CPCs. How will algorithm changes affect them? Have they changed drastically in the past? Are other storytellers seeing the same trends I’m seeing?

To help answer these, we decided to launch The Keywee Facebook CPC Tracker: a monthly update on Facebook CPCs based on analysis of data from over 500 publishers. We’ll be releasing new data every month, along with relevant insights on content distribution. You can sign up for monthly updates straight to your inbox here.

To kick off the year (and our CPC tracker) right, here is our January 2018 data release.

January CPCs are down on average by 19% from December, which shouldn’t come as a big surprise. CPCs are generally highest at the end of the quarter, and Q4 is the most expensive quarter of the year. For this reason, there’s always a considerable drop in CPC from the end of one year to the beginning of the next. 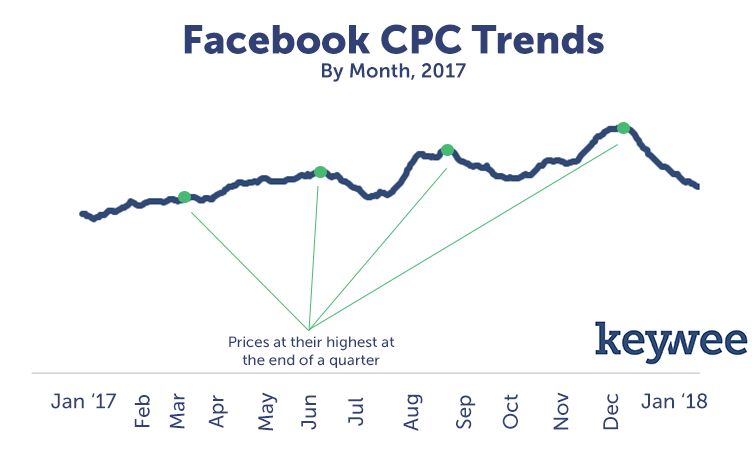 The takeaway? This makes January a great time to test and scale a variety of new campaigns, before prices increase again. In February, start to find your top-performers that can carry you through the end of the quarter.

Year over year, average CPC is up 16%. While this may seem like a big change, our data shows that this trend of double-digit year over year increases actually started in Q4 of 2017, making it unlikely to have any connection to Facebook’s latest News Feed algorithm change.

While CPCs in 2017 were relatively stable, we did see a steady year over year increase in pricing in the second half of the year. 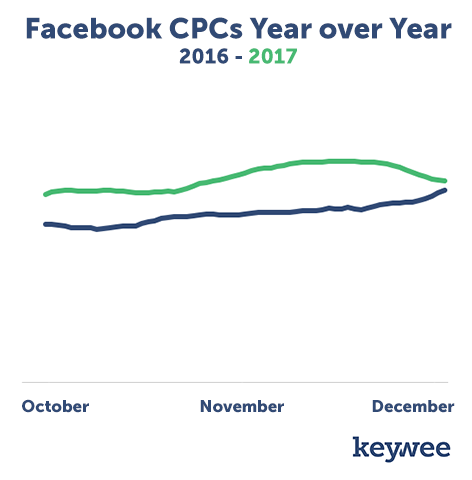 Unfortunately, publishers have little control over the prices set by Facebook. However, there are a few ways publishers can mitigate pricing changes by focusing on factors they can increase, like click through rate (CTR), audience selection, story selection, and price/volume pressure.

The easiest first step for publishers is to focus on increasing their CTR. We suggest storytellers focus on two key factors of their Facebook campaigns to drive more clicks.

One of the benefits of paying to distribute content is the ability to choose your audience. This allows you to pay just for the audiences you’re most interested in. This can be because of a particular business goal (increase female readership in New York by X%) or just the audiences that are most likely to read your content, and therefore give you the best ROI on your spend.

At Keywee, we specialize in finding the right audiences for every piece of content. Our system scans each piece of content to understand what it’s about, and then matches that against the millions of interests on Facebook and our vast database of historical interaction data to find the users most likely to engage with it.

While you may not be able to do that by yourself, you can also use common sense to get started. 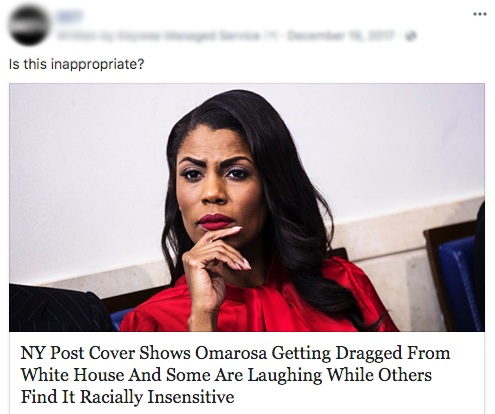 If you want to get to know more about audiences on Facebook, check out the Audience Insights tool, which can tell you more about any group of users.

We’ve written about this pretty extensively in the past, but here are some of our favorite posts:

By targeting the audiences most likely to engage with your content with enticing creatives, you’re likely to increase both clicks and other engagement such as likes, comments, and shares. This has the side benefit of boosting your organic reach within Facebook’s new News Feed.