The rise of Facebook as a content distribution platform – both organic and paid – is nothing new. To quantify its scope, we turned to data.

We analyzed Facebook data from over 400+ publishers and over one million content articles promoted on Facebook through Keywee from January 2016 to May 2017. The publishers represent all content verticals, including news, business, fashion, sports, entertainment, and food; and all sizes from smaller independent publishers to the largest mainstream ones. Read on to discover our findings, and what they mean for content creators. 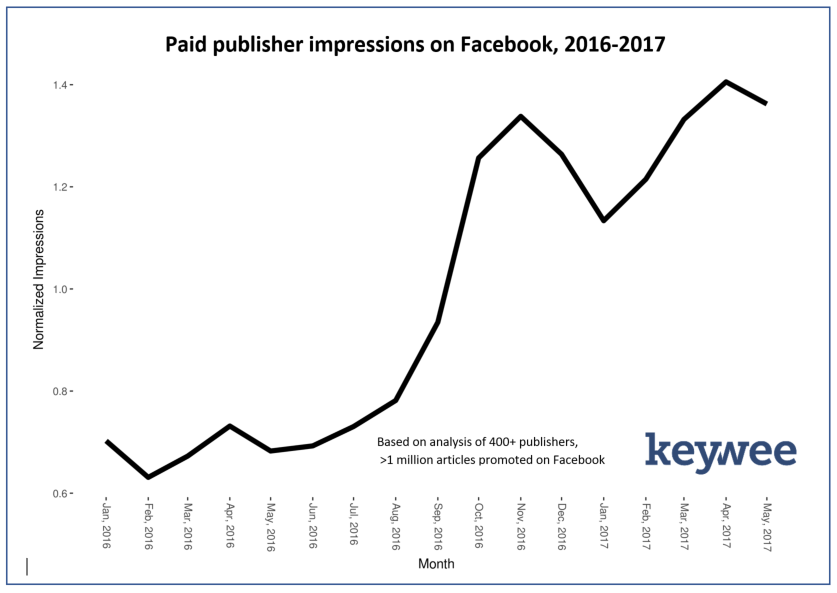 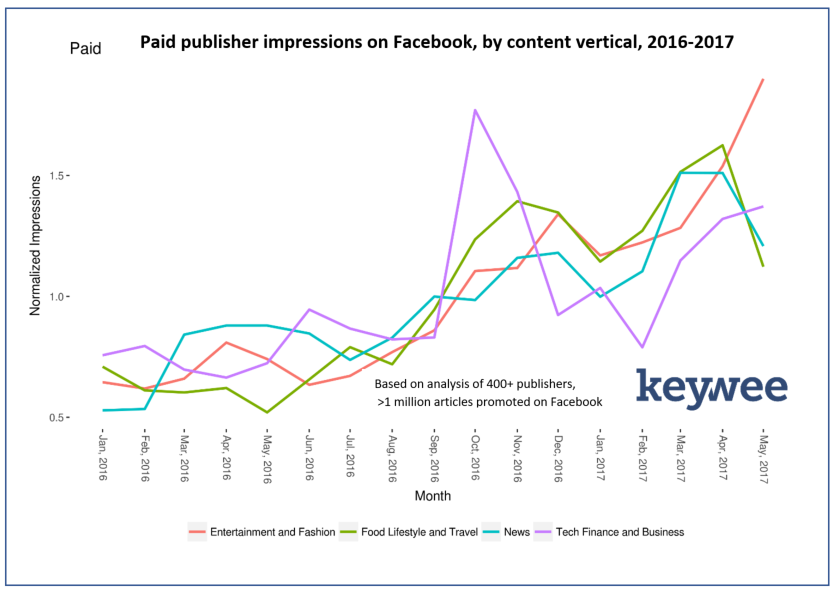 Top tech, finance, and news publishers can get 2.8 cents CPCs ($0.028) for their promoted Facebook posts.

PS (shameless plug) – Keywee helps over 400+ content creators distribute their content efficiently on Facebook – and reach the CPCs described above. If you’d like to see whether Keywee can help your team, feel free to request a demo.

About Keywee
At Keywee, we make stories relevant and powerful for the world’s best storytellers — like The New York Times, The BBC, National Geographic, Forbes, and Red Bull.

Today, people aren’t coming to websites to search for content — stories find their audiences in feeds and apps. The upshot? Distribution is now the key for effective storytelling.

Keywee’s platform unlocks audience insights using AI and data science, and infuses them into every step of the storytelling process: from topic selection, to story creation, to distribution and optimization.

Keywee is backed by leading investors such as Google’s Eric Schmidt and The New York Times, and has been a fast-growing, profitable startup since its inception.