Return of the Audience Development Dilemma

At this point, it’s common knowledge that The Great Upheaval in March caused a huge spike in traffic across the board for publishers. Whether that spike was going to result in long-term growth has been the subject of some debate.

The truth is that the answer isn’t clear-cut. As with most things in life, it’s a bit of a grey area. For example, as I’ve written in the past, paid subscriptions have clearly benefited in the long term, and costs and retention are in a really good place. On the other hand, it seems that for other publishers, those users haven’t really stuck around.

That’s what I want to address this week, so let’s dive in.

The Rise and Fall of Organic Traffic

A large percentage of publishers that Keywee works with – around 70% of them – do some form of Audience Development i.e. acquiring traffic for the sake of traffic) to fulfill monthly visit goals, increase their Comscore ranking, make sure direct-sold ad inventory gets the right amount of reach, and a host of other goals. 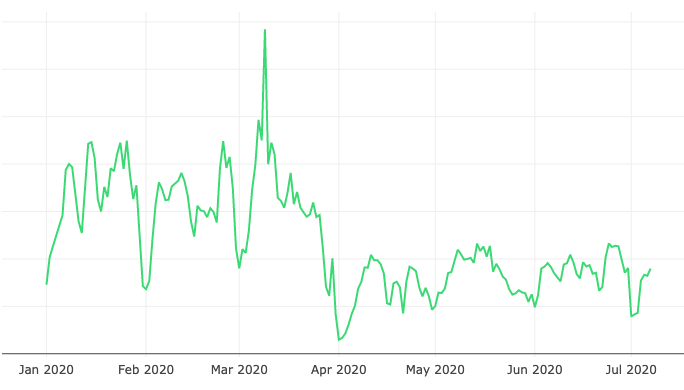 This was a huge indication of the overall health of publishers’ organic traffic. If they weren’t spending money to acquire users, that means they didn’t need to — their organic traffic was unusually high.

Now it seems like the party may be coming to an end. Over the past few weeks, a lot of new Audience Development campaigns have been launching. Organic traffic is slowing down and beginning to come back to pre-crisis levels.

The best place to actually see this is if we look at overall user retention trends. 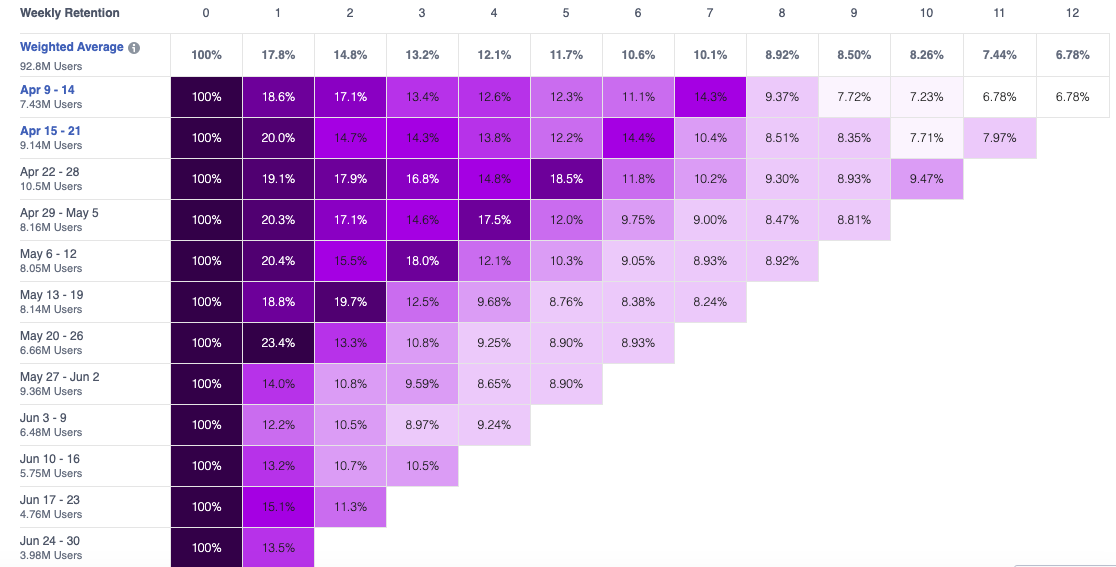 As time goes on, you can see that two and three-week retention rates (and beyond) are becoming lower and lower. In other words:  fewer people are coming back to these sites than they did a couple of months ago at the height of the crisis.

This puts the onus back on paid acquisition to bring back users. Fortunately, CPCs are still incredibly low, so starting Audience Development campaigns now means way more bang for your buck.

This return to paid acquisition brings us back to the ages-old problem with these campaigns: cost versus quality. When you’re trying to drive traffic, there are really only two optimization levers you can use – CPC and CTR. You’re looking to get eyeballs on your site, and to do so at the lowest possible cost.

The problem here is that the users don’t necessarily stick around. They’re fly-by-night, and most of them don’t come back. Shameless plug time: last year, Keywee created a metric called “Loyalty Score” that helps publishers understand the quality of their audience and optimize toward that while keeping costs low. You can read more about it here.

So now that traffic campaigns are coming back, what’s driving the highest quality users? Looking at the Loyalty Scores of our top spending campaigns, here’s a taste of what’s been working:

I think the most interesting thing to note here is how much things have changed. Local news has always been a big driver of loyalty, but health and finance used to take a backseat to other pursuits.

The world has changed, and with it, people are seeking out certainty when it comes to their basic needs: Community, wellbeing, and financial stability.

We’ve been in this crisis for months now, so it can be easy to forget just how different things are and how people have fundamentally changed. They’re looking for comfort, and they tend to turn to publishers they trust to get just that. If publishers keep that in mind, they’re sure to see their loyal readers increase.

Speaking of change, we’ve decided to undertake a research project to see just how much publishing and paid acquisition has changed since the crisis began. If you want to get early access to that data, please take a few minutes of your time today and fill out this survey.