How Testing Drives Subscription Strategies for The Boston Globe

I think I’ve lost count by now of how many times I’ve written about subscription campaigns here. The Great Upheaval has driven publishers to test new revenue streams in order to diversify, and at Keywee we’ve seen a lot of our customers begin to test subscription strategies.

I recently had the pleasure of speaking with Shannon Rose from the Boston Globe about how they built out their subscription campaigns, and was particularly fascinated with the amount of A/B testing they do to keep their offering healthy, and what we can learn from that about subscription strategies as a whole. That’s what I want to talk about this week, so let’s dive in.

At the end of the day, running a subscription campaign has the same exact framework as you’d see for any other performance marketing campaign. You need to examine the full funnel from the user’s first interaction, down through the purchase, and optimize all along that funnel. The main difference with subscription campaigns is that they involve a recurring purchase by the user. This means you need to think beyond the initial action. There are two things that happen as a result of that:

Like any performance campaign, you need all engines humming to maximize ROI. The best way to do this is through rigorous A/B testing and data analysis. The thing is, you can’t A/B test everything all the time. Going back to the Globe, they went about it in a very methodical way, testing specific elements separately to come to the ideal configuration.

Pricing out your product is always a huge challenge. For the Globe, they were looking for a model that would strike the perfect balance between bringing in new users and making sure they stay.

Price too high initially – and your conversion rate may go down.

Price too low initially – and people may not renew if the price point is significantly higher.

At the Globe, their tests revealed that a deep discount in the initial offer was the most worthwhile. They came to this conclusion after rigorous A/B testing, along with a big data analysis push. In short – this was not a call from the gut. The data is what made the decision.

That wasn’t the only place the data spoke louder than words. The Boston Globe works with a paywall. Like any other publisher, they had to decide how many articles they would show a user before the paywall was activated. This is often a tough decision. Even more challenging is that it doesn’t live in a bubble. The subscription price and article limit go hand in hand, and influence one another. In the case of the Globe, they found that a low price point accompanied with a low article limit yielded the best results.

Of course, now that you know what your offering looks like, you need to decide where you’re going to tell people about it. Most publishers use a mix of organic channels, their owned channels – like on-site optimization and newsletter promotions, and paid channels ranging from display to paid search.

The Boston Globe tested our a wide range of paid channels, using mostly direct response messaging – i.e. a very straightforward pitch to subscribe. They were able to get all of those channels to perform but decided on a content-first approach for paid social using Keywee. This allowed the Globe to put their brand front and center – using their world-class journalism to bring in relevant audiences. This expanded approach allowed them to expand their reach, and had the added benefit of bringing in younger demographics compared to other channels.

Of course, moving ahead with content campaigns brought in another level of testing – looking at the types of content that drove the highest subscription rates. Keywee picked from the Globe’s top-performing organic content to test new articles consistently. For the Globe, as of now, they find local reporting works best, but that doesn’t mean, they’re going to stop testing other types. After all, people are people, and people change, so if local news resonates today, sports could challenge that if, say, the Patriots win another Super Bowl.

As I mentioned above, for every good subscription campaign, there should be an equal retention campaign. There are numerous ways to approach these campaigns, and the Globe, with Keywee’s help, continues to run tests to see what has the biggest impact. The process the Globe uses is basically to pick a hypothesis based on their own data and create campaigns to test this. For example, they ran a test to see if retention rates increased if they targeted specific users during their first 60 days. Compared to their internal numbers, which yielded good results. But as with everything else I’ve outlined, this doesn’t mean that testing is done.

I think the lesson here, when looking at the big picture, is that a consistent, data-driven testing cadence is the best way to go to continue to get great results. Like everything else in life, growth and evolution is key to thriving.

If you want to read more about how The Boston Globe uses Keywee to drive subscriptions, download the case study here. 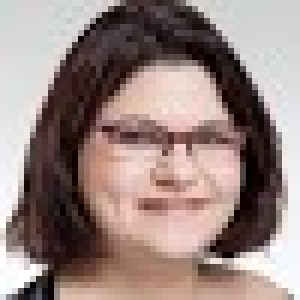