Branded content is a major revenue driver for publishers. The importance of branded content is demonstrated by the recent trend of publishers forming content studios, like The New York Times’ T Brand Studio and The Washington Post’s WP BrandStudio. These studios are like advertising agencies: They create content that connects brands with the publisher’s audience.

Recently, publishers have been finding ways to creatively increase the revenue generated by branded content campaigns. One way has been to charge for a pre-determined number of pageviews for a campaign. It is generally appealing for brands to know how much reach they will get for their content. Sometimes this charge is baked into the overall cost of a campaign, and sometimes it is treated as an incremental line item.

However, delivering the expected pageviews is not always easy. Generating traffic to branded content is difficult because –

Until recently, posting branded content on a publisher’s Facebook page was against Facebook’s policy. This was due to the lack of transparency: A user who saw a post of a branded content story in their Facebook feed had no way of knowing that they were actually seeing an ad. This was in contrast to paid posts that are clearly marked in Facebook as “sponsored posts.”

To get around this issue and to achieve the pre-determined pageview commitment, some publishers opened a separate Facebook page clearly marked for branded content, and often specifically marked stories as “sponsored” in their headlines. They would then pay for posts to be “boosted” within Facebook. This approach was quite profitable for publishers, since they could charge advertisers more than what they were paying Facebook, which advertisers could not see.

For publishers, this means they can now leverage their massive Facebook organic reach to drive traffic to branded content destinations. But… advertisers now have visibility into how their branded posts are performing and how much is being spent to drive traffic. So, publishers will no longer be able to charge a premium for pageviews, like they have been doing.

Ultimately, Facebook’s policy change and new tool is a good thing for branded content initiatives. Publishers, however, will now have to extend their value-add to the actual results of a campaign, rather than just focus on content creation and reach. 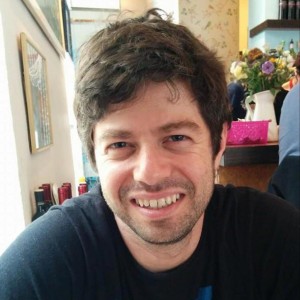