The (Re)Rise of the Desktop Computer

These days, I’ve been picking up my phone far less often than usual. The first time I properly go on my phone is in the evening, once the kids are in bed, the TV is on, and it’s finally time to unwind.
It’s not that I’m not consuming media during work hours. It’s impossible to avoid the news at this point and everyone needs a breather. But now I’m doing most of it on my work computer.
Have you been doing the same? From what Keywee data is showing, I assume the answer is yes.
Day-to-day life has changed, and with it, mobile and desktop content consumption has changed. This is having a very interesting impact on publishers. So let’s dive in.

I’ve spoken quite often about the traffic spike that we saw happen in mid-March. This time, I want us to look at things from a slightly different angle.
Here’s the total mobile traffic from February to today: 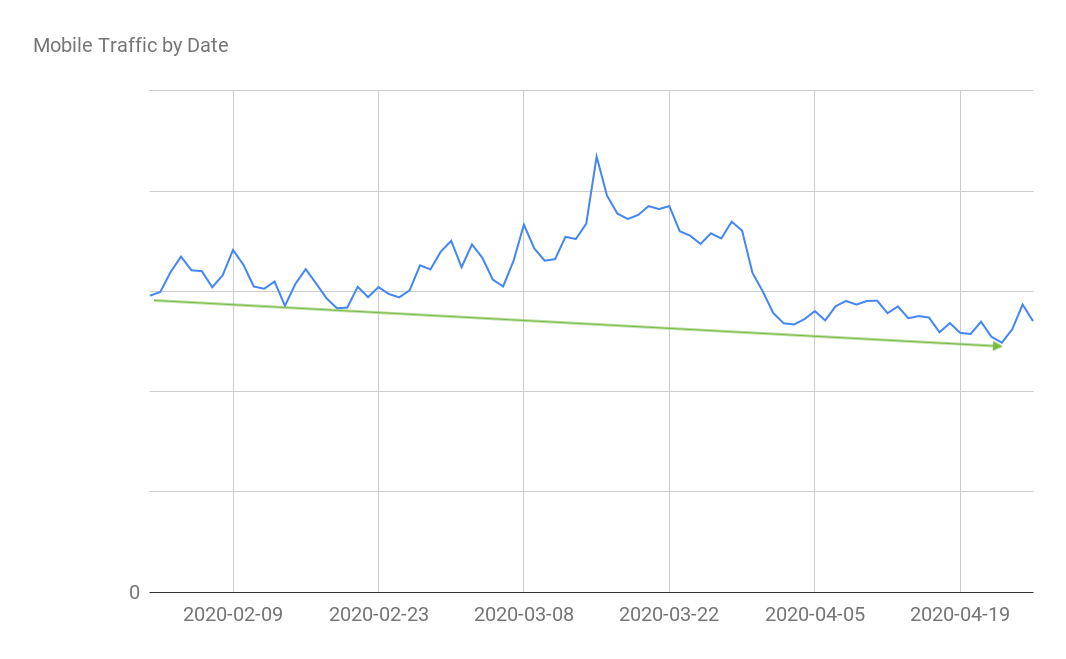 The mid-March spike here is clear, but note how traffic evens out as we enter into April. Also, note that it’s lower than where it was in February. As of right now, mobile traffic is down 11% compared to pre-COVID levels. People are spending less time on their phones.
But they’re not spending less time online. Let’s take a quick look at desktop traffic: 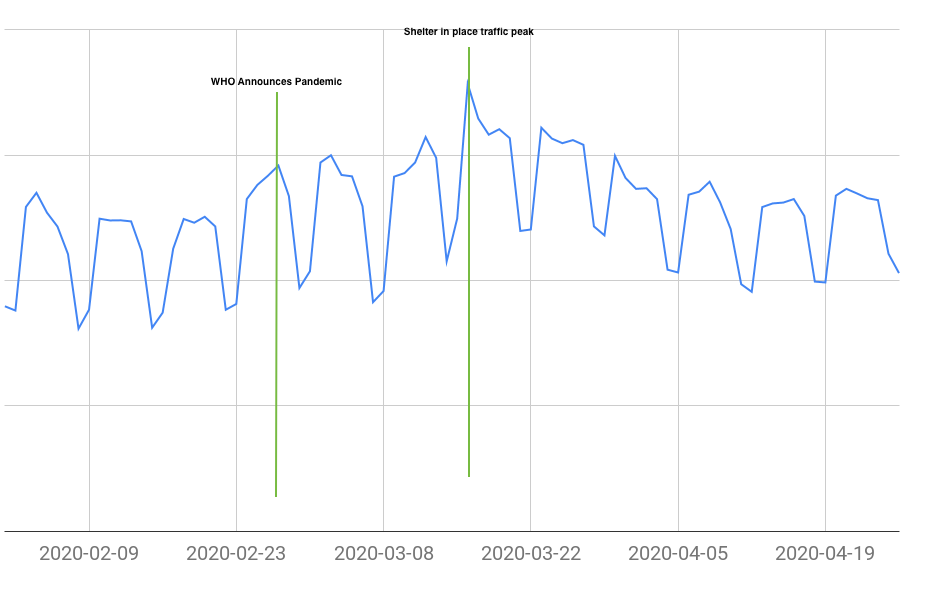 I’ve annotated the traffic spikes for context, but here’s what you need to pay attention to: the overall peaks and valleys across the chart. What you’re seeing is the weekday vs. the weekend trends. Looking at traffic after the big March spike —those weekend valleys are no longer as deep as they used to be.
Overall, as people are working from home and their days blend together, they’re spending more time on their desktops. We’re seeing a 13% increase in desktop traffic compared to pre-COVID numbers. In other words – that’s where the lost mobile traffic has gone.
So we know people are spending more time on their computers. Let’s look at how this behavior is impacting Keywee publishers.

To start, there’s the question of costs. I’ve mentioned in past emails that CPCs overall have gone down significantly. The drop happened for both desktop and mobile. But the overall drop in desktop CPCs from February till now has been sharper. Desktop CPCs are 34.5% lower on average, compared to a 25% average decrease on mobile.
This drop has, of course, translated into lower CPAs across the board, as I’ve covered here before. But there are a few interesting things to note for different revenue streams:
Subscriptions aren’t the only thing that has seen a shift to desktop. In fact, there’s a surprising winner in all of this: publishers optimizing for ad revenue.
It’s pretty much a given that desktop eCPMs are higher than mobile eCPMs. However, a lot of publishers don’t invest in desktop traffic, as the CPCs are generally way too high for it to be profitable.
The increase in desktop traffic, paired with the lower CPCs, has moved publishers to shift budgets to desktop for the first time in years. And so far it’s paying off.
Comparing, for example, one publisher’s revenue from Android vs. revenue from desktop – desktop revenue is ranging 20% – 25% higher. These types of numbers are continuing to track across multiple publishers as traffic evens out now that people are settling in for the long haul.
Overall, I think the strategy here is clear: If you’re not targeting desktop traffic in your Facebook campaigns – now’s the time to try it. We’re seeing plenty of publishers dipping their toes in the water, and so far, things are looking just fine.