One revenue stream that has proven to be resilient for publishers, is paid subscriptions. The model is scalable, provides independence and limited reliance on others, and generates a somewhat predictable revenue over time. For publishers, the challenge to reaching profitability lies in accumulating a critical mass of subscribers, but they have a not-so-secret secret-weapon. They create high-quality content that is worth paying for, and they do so consistently. This helps them build a track record and develop a relationship with their readers and potential subscribers. But with paid content distribution almost a given with the current organic reach on the platforms, how do you build a campaign to effectively show relevant content to the right users who’ll convert?

When you combine their content with Facebook’s targeting capabilities and mass (or accurate) reach, you can create a potent tool – a content-based funnel. We’ve touched on what it is before, with some focus on which types of content would work for each step of the funnel. We also discussed Facebook’s ad targeting and how to use it. Now, we’re going to put it all together. We’ll share some of our tips and best practices on how to run a subscription-oriented campaign, and which audiences would benefit you most in each step of the funnel. The goal is that after reading this article you’ll know our best practices for buying targeted traffic that converts.

Because the content funnel is extremely versatile, it could and should be customized to your specific needs. This means there are infinite permutations of it, which we can’t possibly cover. So we’re focusing on the basic variation we introduced when we first discussed content funnels – a five-step funnel for a publisher with a metered paywall. As you might guess, almost all steps of the funnel are designed to bring in new subscribers, and must by default, exclude your current subscribers from the targeting. 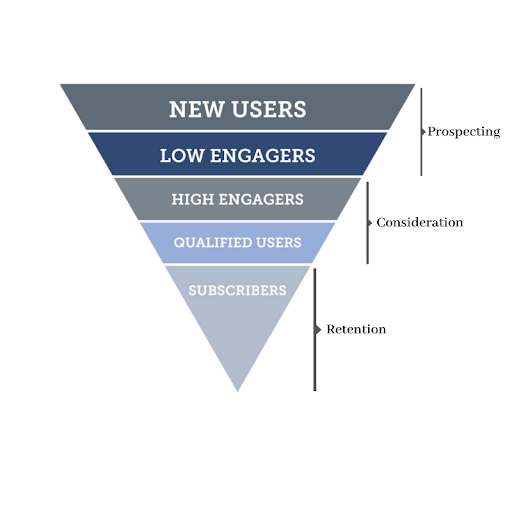 Filling the top of the funnel with good and relevant users is as important as optimizing the Call to Action (CTA) in the middle and bottom stages, or A/B testing your site’s design and paywall configuration. If too few users begin their journey to subscription, that barely any will reach the finish line.

At the very beginning of the journey, are new users who either don’t know you or that their engagement with you is non-existent. To reach new users, your ads’ targeting should exclude people who have been to your site. You have to develop your audience, and the relationship with them, from scratch.

Who should you target? What content should you promote? You will need to have some defined audience; whether it’s geographics or demographics, there are factors that determine who should be targeted on the broadest level. That target demographic should then be exposed to various stories from your site, based on their interests. Over time, your entire audience will see different aspects of your content and will likely engage in some way with your site. 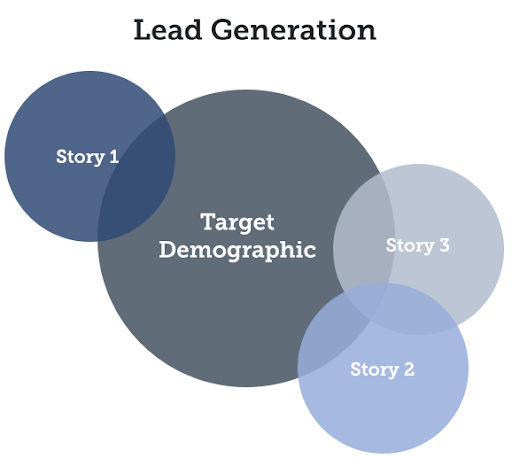 At this step of the funnel, many audience types work well. The vast majority would be interest-based audiences, discovered by our algorithm for each story based on its topic and who is interested in reading it.

When it comes to Cost-Per-Acquisition (CPA) optimization, Look-Alike (LA) Audiences tend to work very well; however, they could be limited in scale. We target hundreds of interest-based audiences automatically, each at a low scale, but together they will deliver excellent results. My most recent audit shows we have 9X more interest-based ads, but they spend, on average, 76% less than LA ads.

At this early stage, you should also begin to examine which content performs best in attracting new users. Your guiding metrics should be low CPCs and high loyalty scores, indicating low-cost and high quality. As you scale your campaigns in the future, these best performing sections are where the lower hanging fruits are and where you can scale your campaigns most effectively. Here’s an example of the results one of our partners saw in the early stage of our campaign. 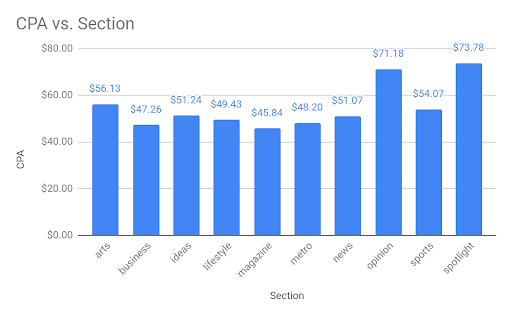 Why do we consider the gate as a benchmark for engagement? Because the goal of the campaign is to convert as many users into subscribers and data shows that paywall hits are the most correlated behavioral event to subscriptions.

So, what audience should you target next to increase subscriptions down the road? Start by creating custom audiences of anyone who read more than 40% of your gate limit, and exclude these users as well as those who haven’t visited your site in the past month. The audience you’re left with? Keep track of it. If it grows MoM, it’s an early indication that your effort to reach new users is working.

Now your focus should be to encourage users to move down the funnel. Getting a new user to read an article is fantastic, but he’s not likely to hit the paywall or convert in a single session. You want to deepen your relationship with your readers. You got them to swipe right, and now it’s time to get a second date.

Our experience with hundreds of publishers shows that LAs will generally do well, For example, Traffic or Funnel-based LAs. In the end, the best ads get bigger budgets to spend. And we’ve seen Funnel-based lookalikes spend, on average, 30% more than the next best audience type. 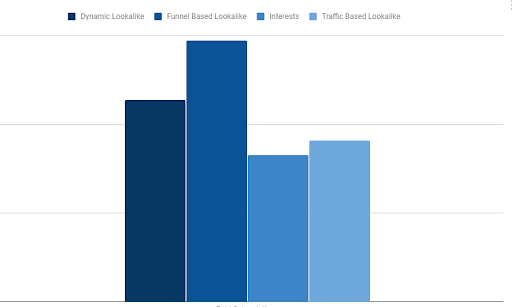 We strongly recommend you to try bundled funnel-based LAs. In our blog post about audiences, we discussed how to create lookalike audiences with a varying degree of resemblance to the original data. When you bundle audiences, you’ll create one audience that is made of multiple steps of the funnel. Here’s an example from an e-comm professional.

On top of engaging audiences repeatedly now, you should work your way into as many touchpoints as possible (given that they make sense). One of the best ones is getting potential paying subscribers to sign-up for your newsletter. Your emails are a great way to re-engage with readers and show them what’s your added value. Get them to come to your site through that initiative as well, and monetize the traffic along the way. One of our partners who employs our content-to-capture feature, reports that readers who subscribed to the newsletter had a 100X higher conversion rate than the general audience. They prove that newsletters are a gateway to paid subscriptions.

The end goal of this second stage is that you may bring a few new readers with high quality to the site, but more importantly, you’ll get users who visited your website in the past to come again. As loyal readers are likely to see the value in your subscription, this is a very valuable step.

Users who routinely read your content but have not subscribed yet, are in the consideration phase. They see the value in your service and begin to build an attachment with your brand and voice. They need a few more nudges to get them over the edge, but just as much as they know you, by now, you know them as well.

Users who read more than 40% of the articles needed to hit the paywall in the past month and are well on their way to hit it are considered highly engaged. If they didn’t subscribe to your newsletter, now would be a great time to try and get them to convert.

Usually, at this step of the campaign, we’ll pause A/B testing of new audiences, and will focus on helping our existing and engaged audience discover more stories that they’ll like. This means we’re shifting our sampling strategy to focus on different stories and creatives showed to the same audience.

After your highly engaged users hit the paywall, they become a qualified audience. 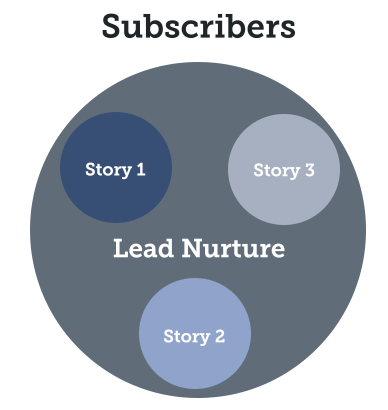 Users who’ve hit the paywall are qualified because they have built a rapport with your site over time, and every article that you’ll serve them this month will trigger the paywall. Similarly to the high-engagers part of the campaign, this campaign’s targeting focuses on custom audiences. For example, you might create a custom audience of users who abandoned the process instead of entering their credit card details. Bundling these audiences can result in a larger audience that maintains its high-quality.

Some of our partners are using a combination of Direct Response ads and story distribution to get qualified audiences to convert quickly.

This is an investment, so why should you continue to actively pursue this audience? Because these loyal subscribers will become brand ambassadors. Because, as we mentioned in our blog post on audience development, 7% of monthly unique visitors drive 50% of the traffic on average and that 7% is mostly your subscribers.

At this point, we no longer aim to get the lowest CPA, but other metrics that will indicate the reader isn’t likely to churn, for example, loyalty score.

This is a lot of information to process, and I’m sure some will read and reread and might apply at least some of these insights, but there are a few more things I’d like to stress out.

If our Purchase CPA goal is $60, we can also say that:

Wandering into the weeds and diving into some of the intricacies of managing a subscription-oriented campaign, I hope you found this post useful. Our expert campaign managers have been tremendously helpful in sharing some of the steps and strategies they use to get the best results for our partners, but we do keep some of the secret sauce to ourselves.

If you’d like to talk about your own subscription generation efforts and see if we could be the right fit for you, reach out to book a demo. 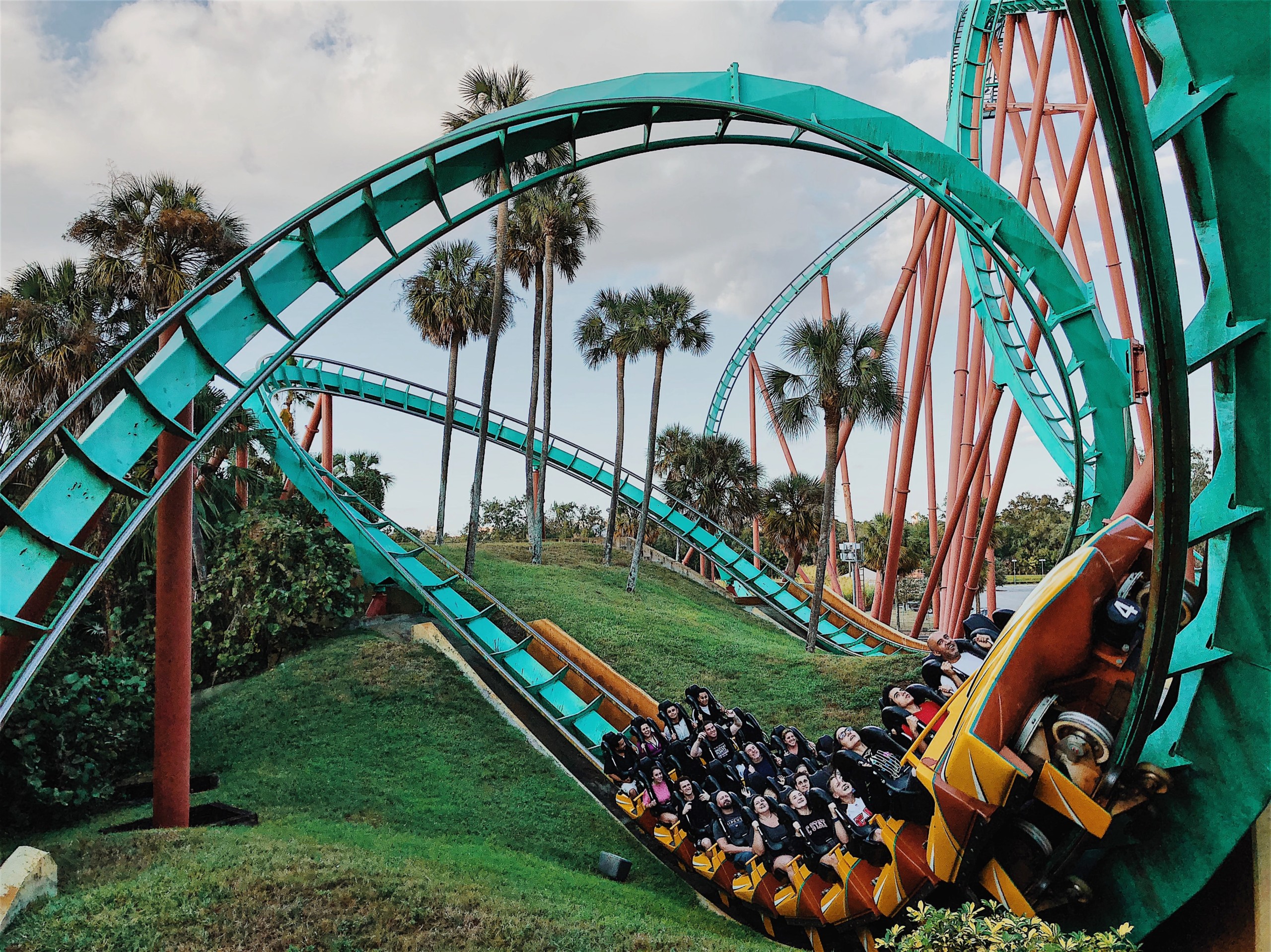 If you remember my first blog post of this series, I spoke in-depth about the very visible spike in paid subscriptions 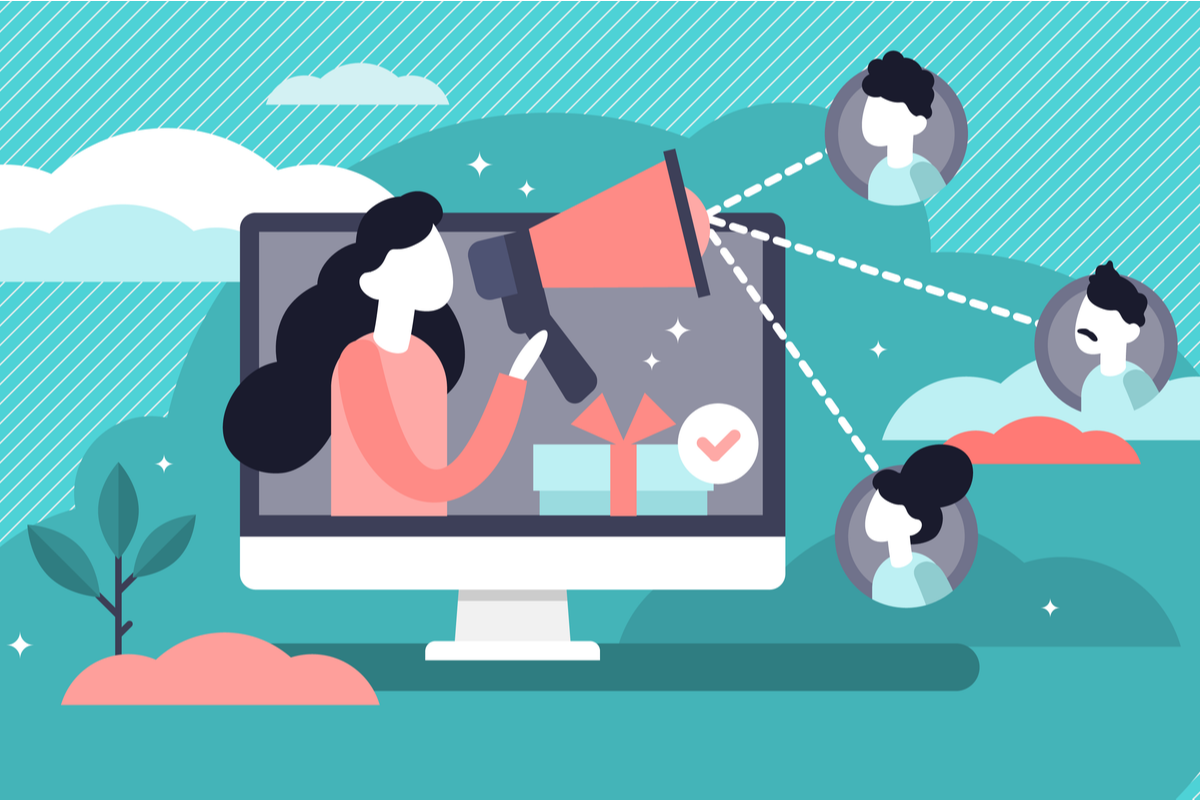 What To Consider When Looking Into Affiliate Marketing

How can publishers optimize their affiliate marketing efforts? What can be done to increase their profit from that revenue stream?