Micro-Content: The Whats and Whys.

What is micro-content? This is. It’s short-form and can be consumed in under 10 seconds. Based on the average adult reading speed of 200 words per minute, it will contain about 33 words.

As you can imagine, micro-content is present everywhere. Every email title, Google snippet, and other forms of media could be seen as micro content. And it’s not just about text, micro-content includes short videos and short infographics, too. There is nothing to stop you from harnessing micro-content to your content marketing in any way you want, though the most common use is as a teaser to long-form content pieces. It’s just the means to get your audience’s attention.

Given the types of content that could be counted as micro-content and the diversity of platforms on which you could find it, it shouldn’t surprise you that it’s part of almost every marketing strategy. Billions of emails, millions of blog posts, and endless posts on social media networks, which are basically endless streams of micro-content. It’s all around us.

Below are just a few examples of micro-content from various social media platforms, each native to where it was published and plays a part of a larger content marketing strategy. 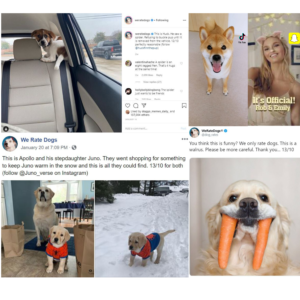 Trying to post a large volume of content can be overwhelming, especially while keeping scale and quality. One of the ways to solve the problem of content creation at a large scale is to create multiple micro content pieces by breaking down and repurposing longer videos, articles, eBooks, or other forms of content. Make sure to first analyze which of your existing assets are popular, and then chop them up to answer specific questions or needs of your audience, as well as your bigger marketing strategy. What type of content would it make sense to create to achieve it?

Case in point: we took our podcast on Facebook Policy compliance, used it for a blog post about policy, then created micro-content for Facebook and Linkedin. For most other B2B and B2C companies, the workflow would be similar: one long piece of content could be cut to create a lot of content in a short time and distilled to multiple pieces of micro-content. You could also go about it the other way around, and stitch together multiple infographics, charts, or blog posts into one long-form content such as an eBook, deck, or webinar.

So how can you measure the effectiveness of your micro-content? Micro-content is your introduction to your audience, and your effectiveness should be measured by the same KPIs as your end goal. For example, if you put out a short video on LinkedIn, measuring the average view time and completion rate might not be enough if your goal is to get people to come to the site and view a longer video.

In a similar way, Click-Through Rates (CTR) might not be sufficient to measure the performance of your social media post or Google snippet. A picture of a puppy might bring a lot of clicks to your article about tax returns, but would also likely increase bounce rates since the content and micro-content don’t relate to each other.

If your content is doing a good job connecting with your audience along its entire journey, from Facebook, Twitter, Google, or any other interaction, it’s performing well and is valuable to your overall content marketing effort. If you’re not seeing the results you need in order to meet your goals, then you should run a few A/B tests to improve it.

How Micro-Content Can be Baked Into a Bigger Strategy

The following example from the BBC is a great demonstration of the power of micro-content and how it could be used for branded content campaigns. Recognizing that the people who’ll be served the ad might not have a strong affinity to the BBC and might not know the Rocky Mountaineer, the team at the BBC knew that a long-form video on Facebook is probably not the right type of content for them. So, they created an edited-down version that initiates the engagement with the viewers and leads them to a two-minute-long version. It performed better than the next best creative by a wide margin – both on social media and on their site. 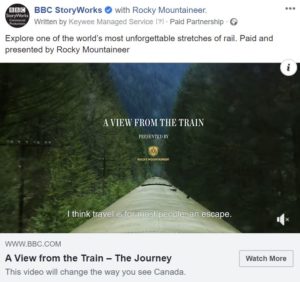 Another example is Gannet’s The Journal News. The publisher uses different forms of micro content on Facebook to create a series of interactions with its audience and get more paying subscribers. Each piece of micro-content guides the user down the funnel. The process is built of three simple steps:

The first step is to build the audience’s awareness with a lot of different stories on various topics. These stories’ posts would have to be very engaging because the audience is still not too familiar with the paper. A common goal for micro-content that’s aiming for awareness would be a high CTR and an increase in session duration, though reach, video views, and other metrics can also be used. 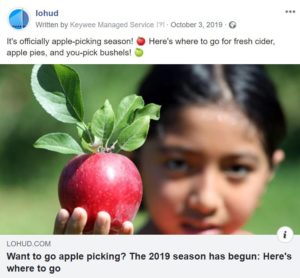 The next step is to turn warm audiences and casual readers into newsletter subscribers using Keywee’s Content-to-Capture. Once readers start to receive your newsletters, you can encourage habitual reading and build the audience and its loyalty. 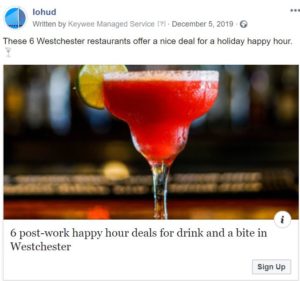 Finally, people that have been engaging with the content get served additional content based on what articles they interacted with in the past. The goal is to get them to hit the metered paywall and convert to paying subscribers. As you’d expect of this part of their content marketing strategy, the ads are optimized towards the best cost per subscription. 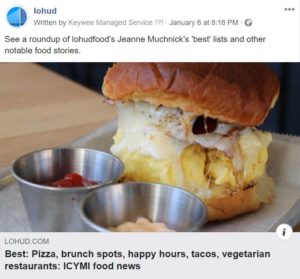 Another good example is The Economist and its use of Instagram as a platform to get younger audiences to read content, by using data visualization. Given that Instagram is a visual platform, concise infographics with high contrast like the one below are a perfect fit both to the platform and to the publisher’s marketing strategy. 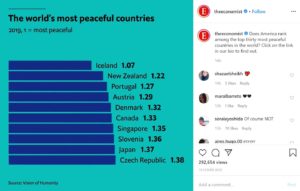 Micro content is a critical piece of any content marketing strategy. Think of it as your first date with the user before they ride into the sunset with you: First, you’re going to have to say hi and introduce yourself. And because micro-content is such a versatile format, you’re only limited by your creativity. Once you introduce yourself to your new readers, you can’t ghost them or send mixed messages. Keep your messaging true to who you are and build your relationship with them. In the end, you can pop that big question; “Will you subscribe to me?” 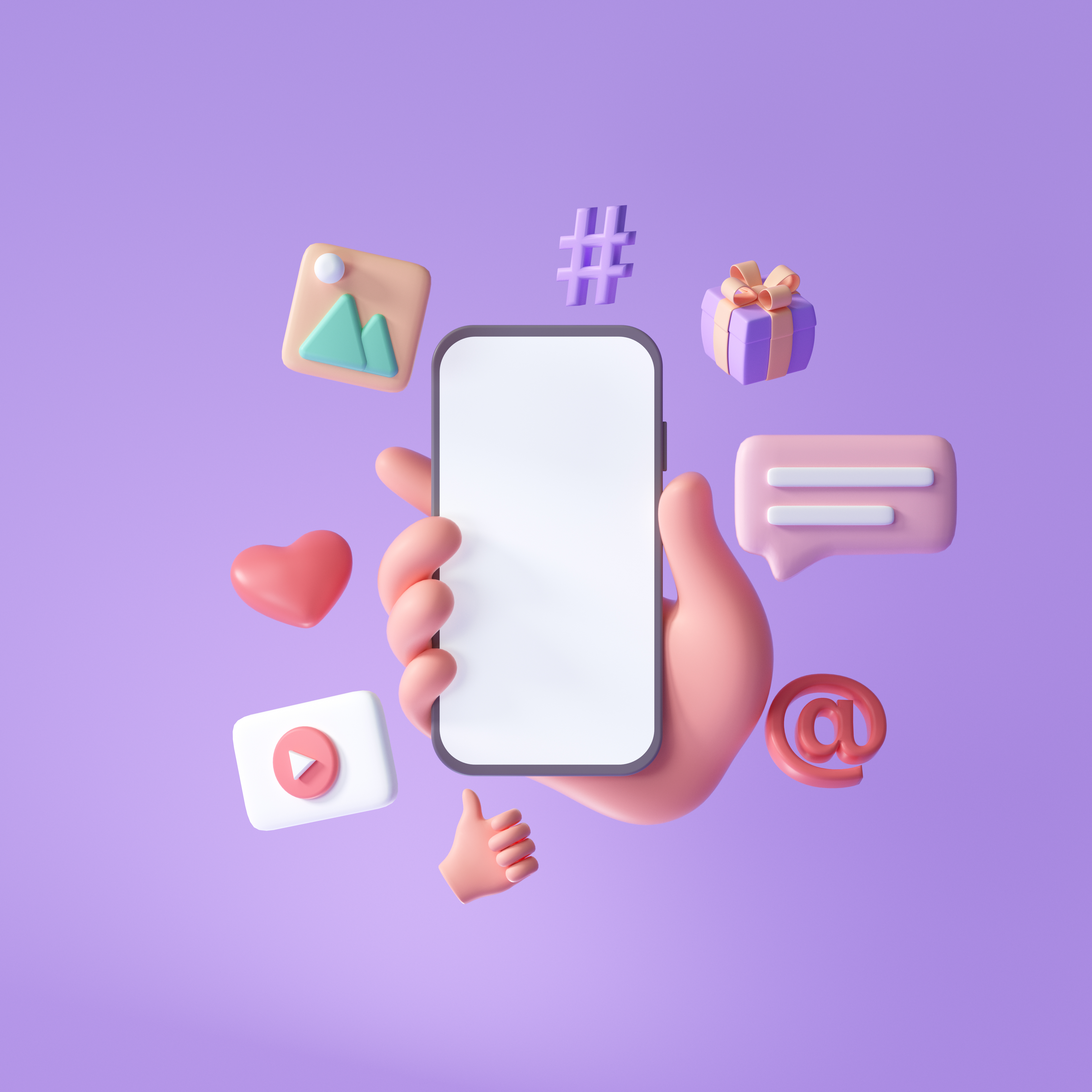 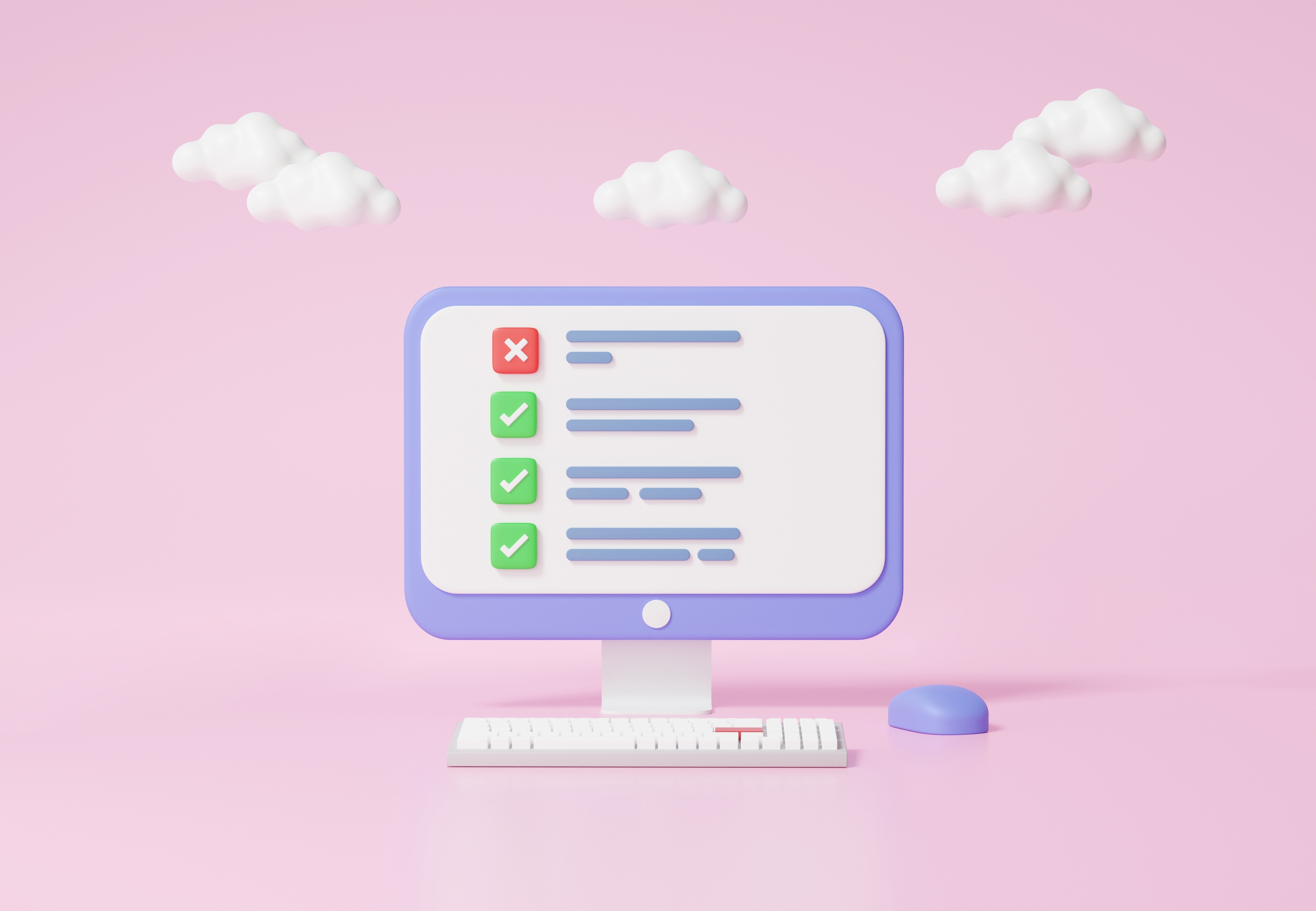